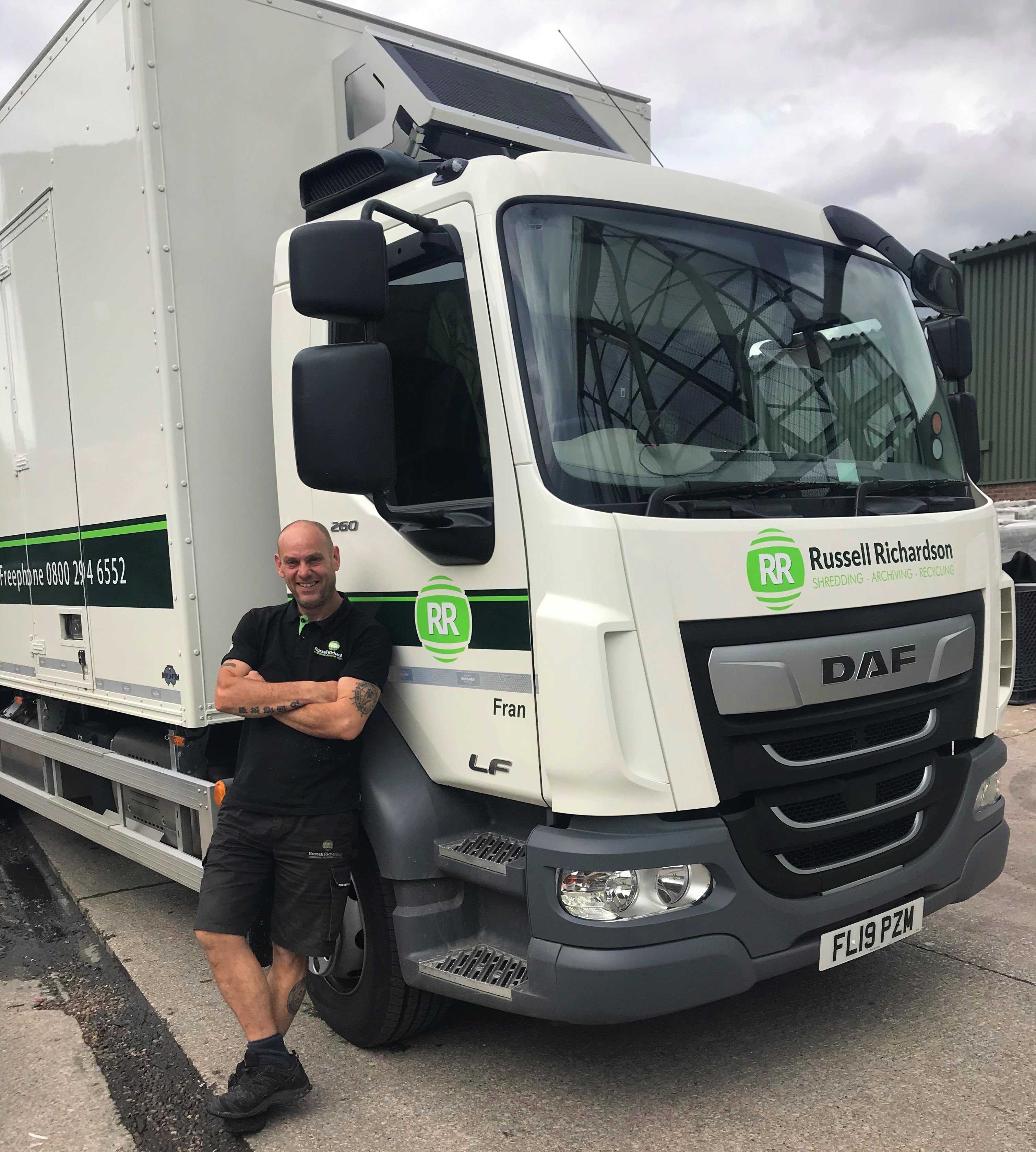 Sheffield based shredding company, Russell Richardson, have expanded their growing fleet of collection vehicles with the addition of a brand-new shred tech mobile shredding truck.

This is the companies second mobile shredding truck that also includes an onboard hard drive shredder in order to cope with the increased demand for onsite media shredding.

The new truck is a further £170,000 investment for Russell Richardson who have already invested over £750,000 in a move to a larger shredding facility at the beginning of the year. The new mobile is capable of shredding up to 2 ½ tonnes of confidential waste per hour at customers premises and is the perfect addition to the growing recycling business.

Their new vehicle will primarily be used by Bryan, Russell Richardson’s longest serving operative and employee who has been with the company for over 30 years!

The new truck will replace Bryan’s previous beloved truck that he fondly named Beryl. On hearing that Bryan was planning to name his new truck Fran after his grandma, managing director, Jonathan Richardson arranged for the name to be alongside the company logo on the driver’s door.

Bryan and Fran are now out daily collecting and shredding confidential waste around the UK.