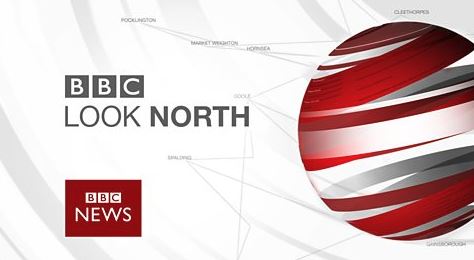 Russell Richardson featured on prime-time TV when BBC Look North turned the spotlight on the imminent arrival of GDPR.

The station’s business correspondent Spencer Stokes interviewed MD Jonathan Richardson on-site at Attercliffe about the company’s predictions of 20 per cent growth as it celebrates its 40th anniversary this year.

Jonathan explained his firm is so busy assisting companies to get on the right side of the GDPR regulations, it has now invested £195,000 in new equipment.

Meanwhile Look North’s cameras filmed the company’s £250,000 state of the art shredder in action as it destroyed confidential paperwork which had just arrived from a company preparing for the beefed-up data protection laws, which come into force on May 28.

The shredder, which handles up to 200 tonnes of waste paper every week at the rate of seven tonnes an hour, destroyed an entire van-load of boxed and filed papers in minutes as the camera rolled.

The Russell Richardson fleet of mobile shredding trucks and collection vehicles operating daily for thousands of companies across the country, now boasts a state-of-the-art £165,000 mobile shredding truck equipped with an onboard device capable of shredding computer hard-drives - the first of its kind to be owned by a company sited in SCR.

Also newly arrived is a £30,000 reel splitter, which will serve clients in the printing and packaging industry.

Said Jonathan: “We were extremely proud to feature on Look North. It was fascinating to watch the professionalism of Spencer Stokes and his cameraman at work, then to see ourselves on the evening news just a few hours later.”